HOW TO GROW YOUR COMMUNITY AFTER THE COLLAPSE 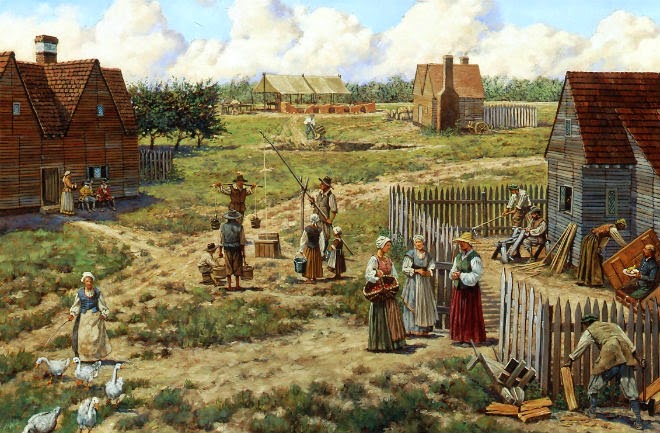 Having small numbers and only associating with your small group is boring.  For survivors who are willing, PURPOSEFULLY GROWING your community is an excellent idea.  You'll gain more friends and have a larger defense force.  But it has to be done the safe way.

Of course, it's always best to organize your survival community before the SHTF.  You will want many like minded people surviving with you.  If you have one or two dozen people with you that also have stored food, guns, and a survival mentality, you will be in a good position.

Many preppers, however, don't already have a group they will be surviving with or the group is not very big and there is enough food and supplies for others to survive with them.  If that's the case, they can attempt to grow their community by adopting others into their community.  Actually, anytime there is enough food available to feed more people and it is likely that the surplus will remain, it is a good idea to adopt more people into your community.  You'll save lives, grow your defenses, and gain friends.  But, it's not so easy.  It has to be done the right way.

How would I grow my community by adopting people?

First, I would store as much food and supplies as possible, with the intention of adding to my numbers.

Once I have my bug out camp set up and garden has begun, I would search the surrounding areas for alternate bug out location campsites.  I might already have some places picked out from looking at Google Earth beforehand.  I would check them out in person and see if they would be suitable for survival.

Then I would scout my surrounding areas to see if anyone is living (or attempting) to live within a 5 mile radius.  Perhaps there are people in houses, cabins, or tents that are attempting to survive.  I would watch them from a distance and would be looking for three things: are they surviving well with enough food and supplies, do they have any skills/personnel that would aid my community, and are they nice survivors who survived the legitimate way rather than the illegitimate way of lying, stealing, and killing.

If I determined after watching my distant neighbors that they would be valuable to my community, I would discuss with my group or let the group know that I will be making contact with them
to get to know them personally.  Even though I would have been watching them for a while, I still wouldn't want to take chances.  They might be an overly secure bunch or suffering from PTSD, so I would make contact in the safest manner--leaving a letter for them.  I would write something like, "Hello, I'm (name). I'm your neighbor from a couple miles away.  I am peaceful.  I do have weapons, but I won't harm you if you don't harm me.  I am with a group of 8 people (you can make up a number that is at least double their number).  Things are hard with us, but we are surviving. (Even if you have plenty to eat, just say that things are hard.)  I would have met you in person, but things are dangerous these days and you don't know who you can trust.  I've left you a gift. (I would leave a couple of basic survival items that they might not have.  Most important of these might be printouts of wild edible plants that can be found nearby or I might even gather some of these edibles for them and leave them as samples.)  I hope it helps.  If you want to write back to me, you can.  You can leave the note under the big fallen tree at the top of the hill and I will return in a couple days.  Good luck neighbor!"  Then I would put the note, with extra paper and a pen in a plastic bag and tie it to a tree with bright orange trail marking tape that is visible from their location.  I would leave it in the middle of the night, so I wouldn't be seen.  We could continue to write to each other a few times and if I felt comfortable enough, we could meet in person to talk.

Whenever I meet a person for the first time post-collapse, the best way to do it is to remain at a distance and stand close to a rock or tree that I could duck behind for cover if things went bad.  I would have my gun with me, but wouldn't point it at them.  If possible, I would have a couple guys hidden on my flanks just in case things go bad.

If enough trust developed and we liked each other enough, we might decide to live in the same camp together to increase our protection and grow community.  Otherwise, we could just continue to live in our respected locations, but help each other out from time to time and trade with each other.  Or they could simply move closer, say 50-100 yards away (within yelling distance), for added protection, but they would maintain their autonomy and remain a separate group.

If we do decide to adopt people into our community, they will have to agree to our rules.  Every survival community will need to have a set of rules to follow.  Establishing these rules and agreeing to them will dramatically reduce the potential for power struggles, factions, disagreements, coups, etc.  Having this 'constitution' if you will, is a must.  You might even want them to sign it before joining.

Once I've scouted the surrounding area for survivors and there is still enough food for more people, I will begin to look for refugees that are passing by on a nearby road.  Since they are passing by, I will have less time to observe them and make a decision if I want to make contact with them or not.  I will position myself where I can see far down the road in both ways.  As long as I don't see bad behavior among the people coming or obvious red flags, they will be candidates for contact.  Small families are good candidates.  Teenagers are great candidates, because they'll be healthy and despite whatever attitude they exude now, they'll be very teachable after the shtf.  Men in their 40s and 50s are great candidates as well, since they will likely have valuable experience and knowledge, but won't have many health problems yet.  Men and women in their 20s and 30s are good too, since they're healthy, strong, and usually mature enough to handle serious situations.

So, when I see a group coming that I want to contact, I will place a letter and gift in the road in front of them (without being seen).  I might do this by calling to my friend down the road on the walkie talkie and having him leave the letter and gift.  The letter will say something like, "Hi.  I have left this gift for any refugees who seem to be struggling and need a little relief.  They will help you survive.  (I would leave a basic survival package with survival items, a little food, and some samples of the wild edible plants nearby with descriptions of how to prepare them and what parts are edible)  There is a stream up ahead to fill up on water.  Make sure to boil it first to purify any of the impurities.  Don't camp right next to the stream, since it is dangerous to camp next to bodies of water.  Some thieves take advantage of people while they are sleeping and they know they can always find them near sources of water.  My small group is camped a few miles from here.  We are struggling, but we'll survive.  Once our garden produces, we'll be doing well.  I would have wanted to talk to you in person, but I can't trust strangers and neither can you.  However, I'd love to know more about your group.  I'm leaving a pen and some extra paper if you want to write back.  Tell me where you're from, where you're going, your plans for survival, and any loved ones you're looking for.  Perhaps I may come across them someday.  If you camp nearby and write back, perhaps we can form an alliance.  I know of a few good  places around here to set up a camp and begin growing a garden (i.e. the alternate bug out location campsites I've already scouted out).  I can spare some seeds for you.  You can also collect more edible plants and do some fishing.  I can help you get started.  If you write back, leave the note under the big mossy rock that is on the side of the road.  I will check the rock in the morning and write back if you stick around.  Don't be near the rock in the morning.  Me and my men will be armed when I come for your letter.  If you attempt to rob us, you'll die.  Plus, we won't have many possessions with us anyways.  If you decide to move on, good luck, and if things get really bad, remember, almost all insects are edible and you can chew grass for the juice and spit out the fibers.  Sincerely, (name)".

If possible, either I or my friend will be close enough to witness and hear the refugees as they get the gifts and read the letter, so we can hear their deliberation and how trusting they might be towards my group.  If they are very trusting, I might be able to meet them in person 2 days later.  If they are really skeptical, it might take a few weeks of writing to each other before we can meet in person.

In time, these refugees can either remain as neighbor alliances or join my community in my camp.  More saved lives.  More protection.  It's a win win, and it was done in a safe way.
Posted by Unknown at 6:00 AM