WHAT THE MILITARY SHOULD DO WHEN SOCIETY COLLAPSES 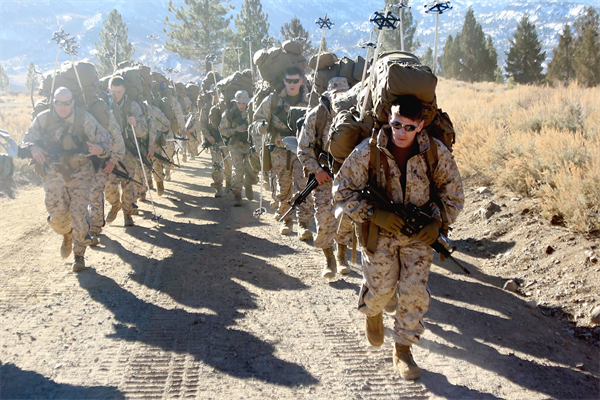 If the US society collapses, unfortunately our military will collapse as well, since they rely on the same electrical grid, supply lines, irrigation, etc.  However, I believe the military is also best suited to organize themselves and survive the collapse.  Here's how they can do it.

First, they need to stock up on a moderate level of the most basic survival supplies.  A lot of military bases will already have a lot of these supplies, but some of these items they might not have.  It would only cost about $20 per person.  Some necessary supplies are seeds, emergency blankets, cord, fire starters, desiccant packs, and specially made shtf survival guides, but I guess the basic survival guide field manuals will work in a pinch.  They should also stock up a 1 year supply of food for about 5% of their personnel.  If they can stock up more, that would be great, but I don't know if that's realistic.

Then, they should divide 95% of their personnel into groups of about 15.  So, if the average military base has 5,000, there will be 317 groups.  The other 5% should be divided into groups of 50, so that will make 5 large groups.  A map should be created with 322 camp locations identified.  They should be scattered throughout rural and wilderness areas next to small bodies of water.  Ideally, the 5 large groups will create base camps and the 317 small groups will be satellite camps.  The base camps should be located in rural areas where water is readily available year-round and there is about 3 square miles of arable land nearby.  Some military bases might be located in a location like this already.  If so, that's perfect and that military base can be used as a base camp.  The satellite camps should be located within a 7 day hike of the base camp and at least 1/2 a mile from one another.  There should be about around 60-70 satellite camps linked to every base camp. 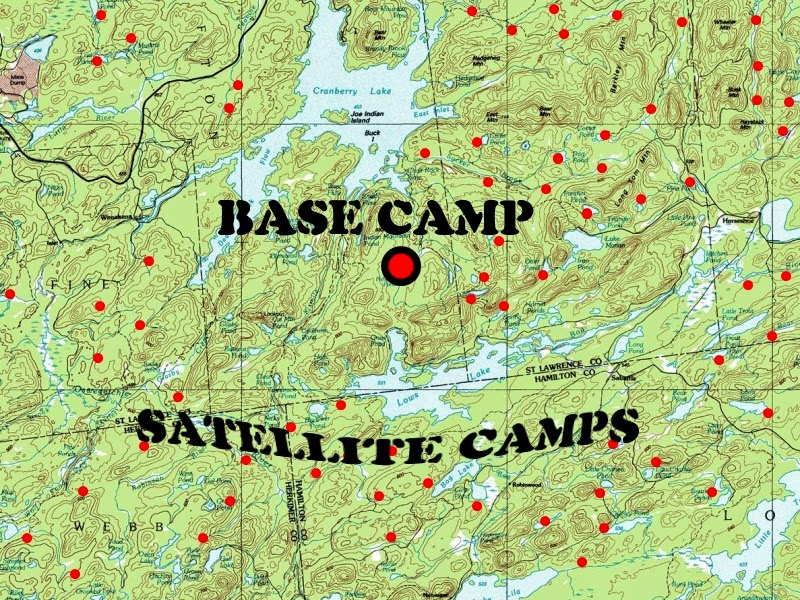 Next, all the supplies, gear, weapons, ammo, and vehicles should be evenly divided among the groups, except for the food.  A 1 year supply of food will go to the soldiers who will be based at the 5 base camps.  The soldiers assigned to the satellite camps will receive as much of the leftover food rations as possible.  They can also quickly visit stores and food distribution centers and try to secure more food.

The goal of the base camps will be to set up a large self-sustaining commune.  Their primary duties will be to secure their camp and grow as much food as possible, not just for their numbers, but as much as possible.  Construction and irrigation will be key.  If all works according to plan, in a year or two, the satellite camp inhabitants can join the base camps as agriculture can once again sustain their numbers.  In the meantime, the satellite camps can garden themselves, but they will also rely on the land for sustenance.  The camps can trade and share food, but it is good practice to consider every camp independent and responsible for their own survival.

Communication can be maintained between all the groups.  Trade will be encouraged.  Working with other survivors will be encouraged.  However, strict utilitarian discipline must be maintained.  If there isn't enough food to go around, outside refugees can not be helped, which is why it is good to have these camps in rural locations.  On the other hand, if enough food is available, outsiders should be taken in as often as possible.

In a few years, assuming all goes well, it will be evident that the military was able to survive much more efficiently than average Americans.  They will have saved thousands or millions of lives as well.  And in the process of surviving, the base camps will become the new trade centers and thriving cities in years to come.  It will aid in rapidly reviving society.

If even more money and preparation was lent to this concept than what I am proposing here, many more American lives could be saved through the help of the military.  It could be as simple as spending about $40 billion in order to save 1/2 of Americans if the SHTF.

One final note, if the military has any combat and air power capabilities in tact after a few months, they should do what they can to strike the thugs that rise to power via violence, stealing, and lying.  There will be horrible gangs and warlords that will rise from the ashes.  No mercy should be shown to them.  Find their headquarters and bomb them to smithereens.  If this is done, it will greatly accelerate the rebuilding of America.