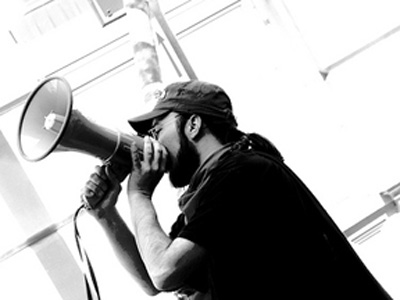 Here's some ideas I have for safe communications in a world without rule of law, where it's every man for himself.  Let me know what you think of these or if you have alternative ideas.  In general, I have bug out locations in the wilderness in mind here.  Urban communications will be a little different.

Communicating within your group:

1. As much as possible, don't travel alone.

2. When the group is split up, keep in constant communication using walkie talkies.

3. Have multiple systems of non-verbal communications:  ex. military hand signals, sign language, whistles, animal calls, but above all, have a distress signal, such as 3 gun shots or 3 whistle blows.

4. Try to learn a second language or code talk as a group.  It might help in the presence of hostiles. 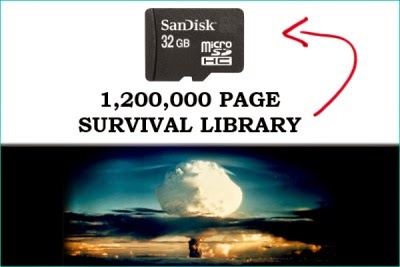 5. If the group might get split up, establish a rendezvous point or backup bug out location.

6. Carry a paper and pen with you often in case you need to write a note to someone else in a situation where you can't talk to them directly, but you know they will be in that place later.

7.  If you leave the group, always let them know where you will be, how long you plan on being gone, and what to do if you don't come back in time.

8. Whenever you return to camp/home/base, call out to your people so they know you are coming and that you're not an intruder.

Communicating with people outside your group:

A lot of this depends on the situation.  Is it men, women, children?  How many?  Are they armed?  What are their ages?  What's their education level?  Are they surviving ok?  How are they surviving?  Are they aware of you?  Do they know where you live?  Do you know where they live?  How will they interpret your behavior and appearance?  In a worst case scenario, could you take them in a gunfight or will they likely overpower you?  Do they have valuable skills for a post-apocalypse world?  These are just some of the things you need to consider

I'll go into more detail in another blog article, but here's a few simple rules to go by.

1. If they are bad guys and can easily whip you in a gunfight, avoid them and try not to let them know where you live and what supplies you have.

2. If they are good people and will be an asset (or not much of a drag) to your group, find ways to get to know them better to test them out.  Let them know that you are friendly, but don't reveal all info, like how much food you have until you know you can trust them.  Perhaps you can give them a 'Go Away Kit' to earn their trust.  Consider all options.  They might join your group directly.  They might move in as a neighbor.  They might just join your wider alliance and go off and do their own thing.  Read my other article on forming alliances after the collapse.

3. If you run into others unexpectedly, just smile and say, "Hello there."  Don't point your gun at them.  Let them know that you are a nice guy and won't harm them.  However, come up with a story ahead of time that you are a struggling survivor who is just in wonder mode.  Don't let them know that you are loaded with tons of supplies.  Don't tell them where you live.  Just ask if you can have an 'Info Exchange'.  An 'Info Exchange' is helpful, because electricity and most forms of communication will be out, so apart from a few radio operators, the only method of spreading news will be face to face and hearing from travelers.  In the 'Info Exchange' they can tell you what they know and what they've heard.  You can do the same.  You can also give them a few quick lessons on survival.

4. If you come across others unexpectedly, but they don't see you yet, spy on them.  Do reconnaissance and determine if they are #1 or #2 above.  Good guys or bad guys?  Put those ghillie suits and spotting scopes to use.  Don't attempt to communicate until you've figured them out.

5.  If others come across your campground unexpectedly, warn the group and quietly move them into battle stations (i.e. put fires out, children inside, hide anything valuable, and able bodies get their guns and armor).  Have somebody approach them in a friendly, yet firm manner.  However, don't get too close, in case it gets violent.  Get within talking distance, but not within hand-gun-kill-you-without-aiming distance.  Be standing close to a tree or rock for cover just in case.  Have your gun with you, but don't aim it at them.  Have a few riflemen keeping aim at them at all times.  You might even have to tell the intruders that they have crosshairs on them right now, so don't try anything stupid.  Also, try not to allow them to get close enough to see what you have and how many people are in your group.  If you need to, lie and say there are more men than there really are.

6. Always be on the lookout for traps and ambushes!  How many times have I seen that in apocalyptic movies?
Posted by Unknown at 3:00 PM